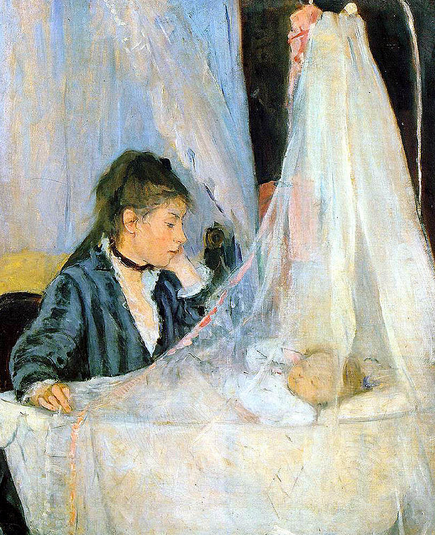 Today’s painter is Berthe Marie Pauline Morisot (January 14, 1841 – March 2, 1895). I first learned about her in my Women Artists class at the university.  Besides being one of my favorite painters, she was a member of the circle of painters in Paris who became known as the Impressionists. She was described by Gustave Geffroy in 1894 as one of “les trois grandes dames” of Impressionism alongside Marie Bracquemond and Mary Cassatt.
*from Wikipedia  Read more here.

Caption this painting and share with a friend below, thank you!